You probably know what fun fact is coming. Here we go:

That's the stat I always use to emphasize Isaiah Gay's youthfulness. He started his second game his freshman year against Western Kentucky. And he was 17 years old at the time. Can you imagine starting a college football game at age 17?

When Kofi arrived on campus, Isaiah Gay was a junior in his third season... and he was younger than Kofi.

Did I mention he was really young when he arrived? And really skinny, too. Might not have even been 200 lbs skinny. Check out his photo when he committed to Illinois as a high school senior: 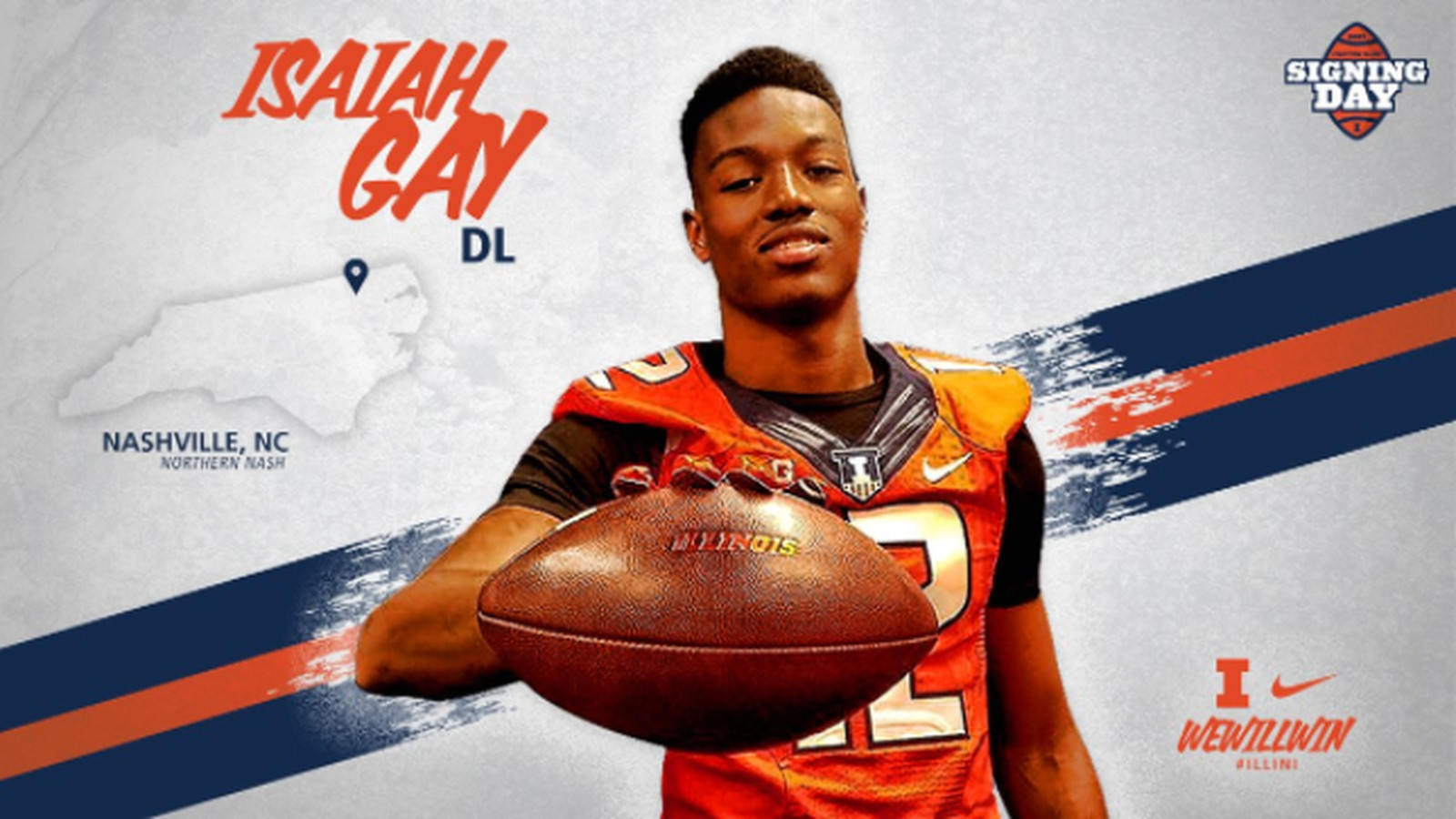 Now go back up to the top and look at the photo from practice the other day. He's gotten juuuuust a tiny bit bigger.

He was all ready to sign with Elon when Illinois told him "hold up, we might have a spot". Lovie's staff had seen his senior film and might have a spot for one more defensive end. He waited, Illinois offered, and he committed the week after signing day.

The good news: he's started 13 games in his career, he's now a fifth-year senior, he's added nearly 50 lbs of muscle, and he might be ready for a true breakout season. Especially with the new scheme. It's possible that this stand-up outside linebacker spot fits him like a glove.

The bad news: he's started the season as the starter the last two years but was then beaten out by someone else (in 2019, Ayo Shogbonyo, and in 2020, Seth Coleman). Coleman returns this year (as a third-year freshman), and that's the battle for the starting spot.

Best case scenario: Gay wins the starting job and blossoms in this new OLB role. He's always been a tweener, so having the perfect tweener position means his senior year is his best year. Let's hope for that, because this team needs some surprises on the D-line.

He had multiple sacks vs WKU in that game.

Let’s see one of those tipped passes to himself and a scramble to the end zone.