Moses Okpala will be a sixth-year senior and I'll still be using this photo from his recruiting visit back in 2018. It's just something about the height of Austin Clark and that other guy (plus the tinted visor) that makes him look like a cyborg sent to destroy us all. I don't know about you, but I'd watch Moses Okpala in

I couldn't think of a good Sci-Fi movie name there. So I googled and found a Sci-Fi movie name generator. I'm going to just click the thing and use whatever it gives me. This fall, at theaters everywhere, go see Moses Okpala in...

OH MY GOD THAT'S AMAZING. I swear that's what it gave me. Here's a screencap: 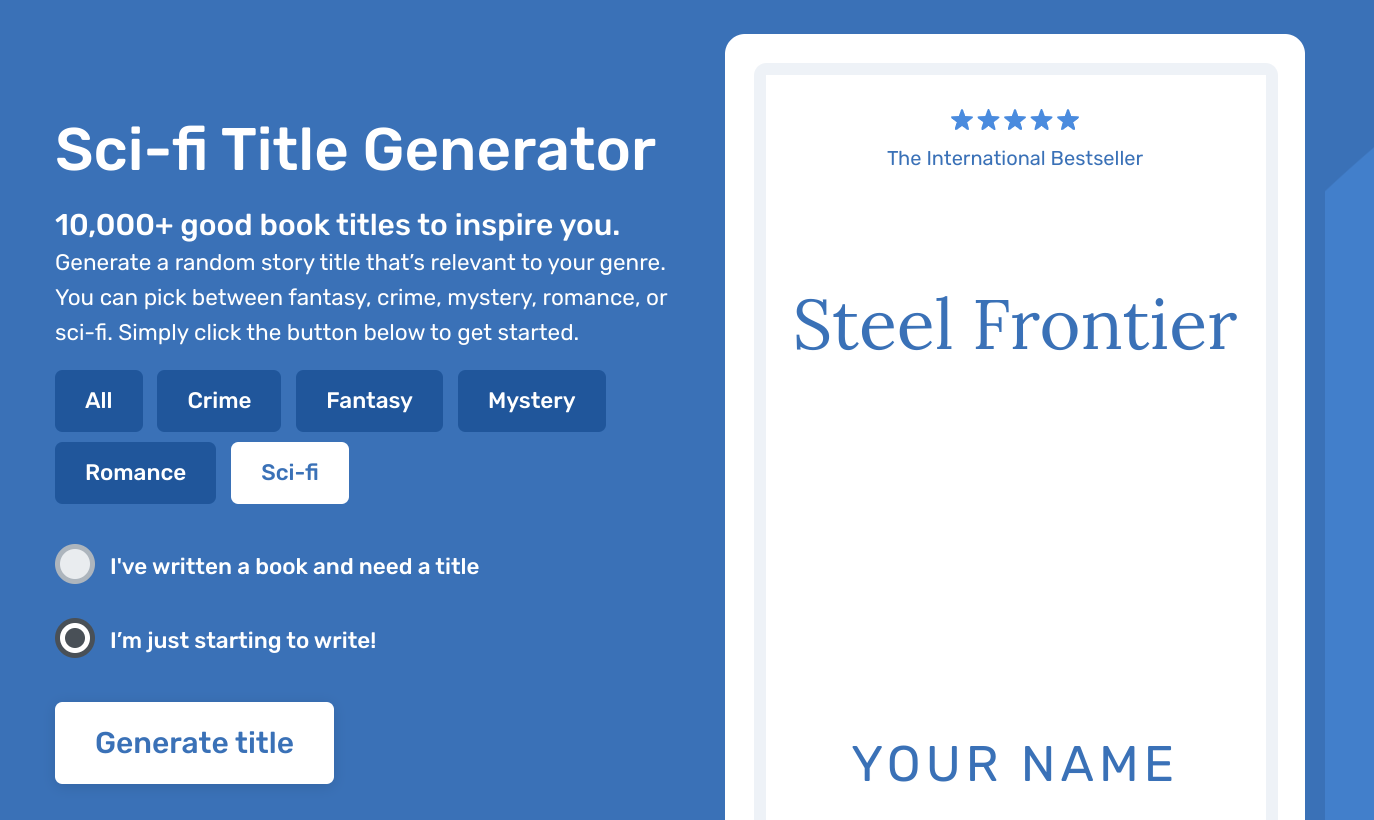 I need to start writing the screenplay, yeah? I don't know how NIL works but I'm pretty sure I'm about to hire Moses Okpala to star in STEEL FRONTIER.

Well first off HIS NICKNAME IS STEEL FRONTIER. Of that there is no doubt.

Second, he moved to the United States in 8th grade to pursue academic and athletic opportunities. He moved in with a family in Creve Coeur, Missouri and they became his legal guardians. He started with basketball, then tried football, and then led Ladue to a state title in football and a 3rd-place finish in basketball.

When he arrived, he was a defensive end recruit. He was then moved to defensive tackle. This past season, once practices started back up in September, he was moved to offensive tackle. And after the coaching change, that's where he played this spring.

When he was a defensive lineman, his playing weight was around 260-270 lbs. To play offensive line, he'll need to be north of 300. So he's been working out, adding muscle, and eating lots of calories for the last year. Let's see how that's going:

I agree with Zuppke there - he has the potential to be a monster. Some body types are just built for football, and this is that body type. He's entering his third year in a college weight program, and he's now listed at 295 lbs, so he's almost there. One year away, probably.

And that's where the Covid waiver comes in really handy. Both offensive tackles are seniors this year. Moses - sorry, STEEL FRONTIER - is a third-year player this fall, but because he redshirted in 2019 and then last year didn't count, he's still just a redshirt freshman. Which means the path I see for him is pretty simple. Backup tackle this year. Then three-year starting tackle. If Julian Pearl goes to the left side, he'll be a right tackle. If Pearl stays on the right (which is my guess), then I think Okpala is the starting left tackle in 2022, 2023, and 2024.

And then law school. And then the movie comes out.

Any reason his scholly wouldn’t work when he’s a 1-L? Pretty sure Josh has a connection there.

Thankful that he doesn't play for EIU. :-)