Hmmm... since Tabel has been the longsnapper for five seasons and Blake Hayes has been the punter for five seasons, I guess they'll set an NCAA record this year for snaps from longsnapper to punter. No player has ever been able to play five seasons before the Covid waiver - five, sometimes even six years of eligibility but you could only play four years on the field - and now these two will enter their fifth season snapping and punting together.

Also, since Hayes has been the holder for four years and this will be his fifth, Tabel has been snapping punts and placekicks into Blake Hayes' hands since 2017. I don't know why I care about that, but I care about that.

I think you probably know all of my Tabel fun facts by now. I don't think I can write a Tabel post without mentioning His art, so here's the Joe Kelly drawing again: 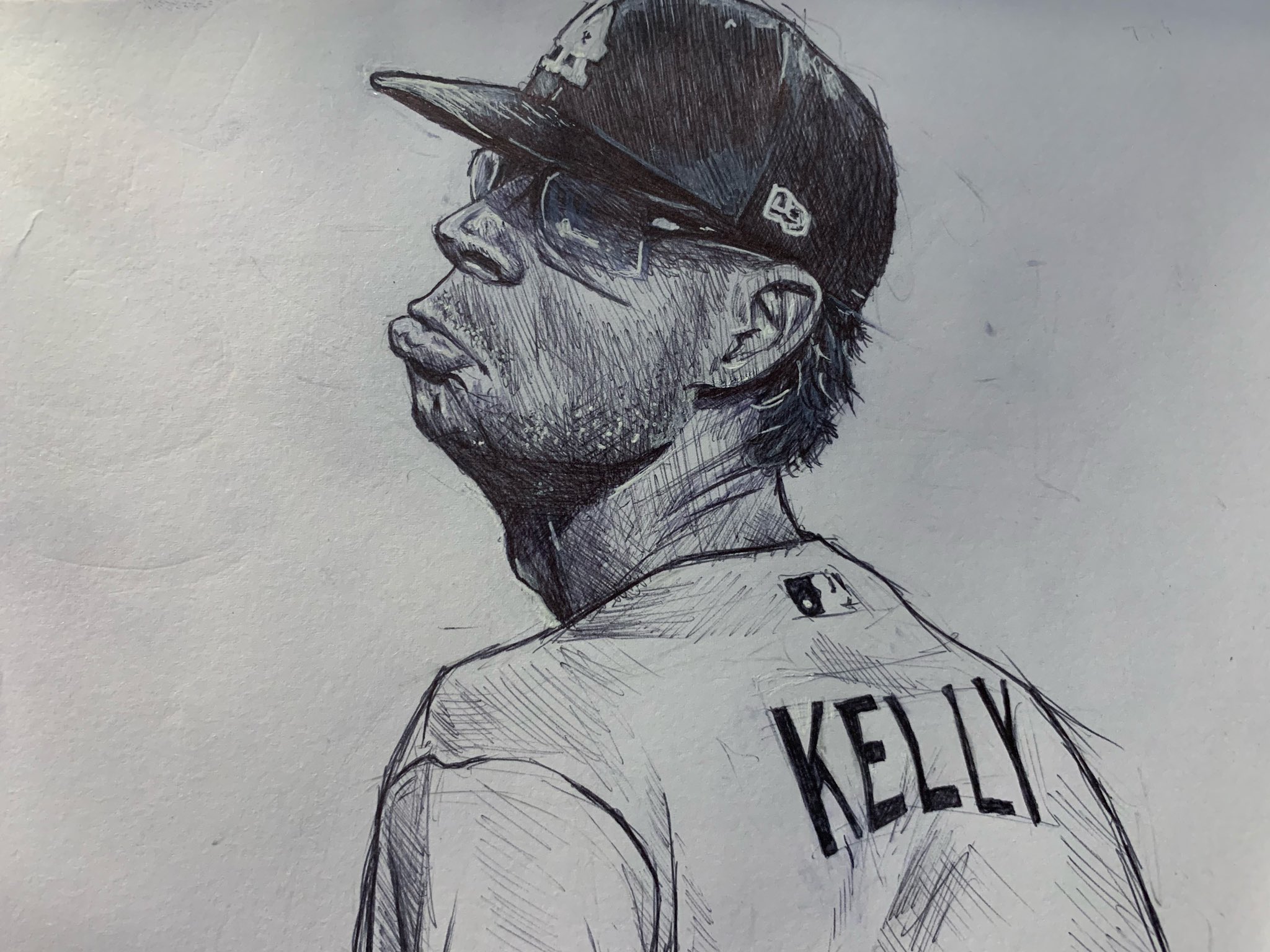 Always the hardest "Outlook" section to write every year. What do you say? "Snap the ball a bunch of times." No disrespect, just... not sure what you say. "Hope we never hear His name because of a bad snap" is the best I can do.

If He does have a bad snap? Guarantee He does this:

Ethan Tabel is so mad at himself for the rough snap on the extra point. He came off the field and immediately went to the kicking net to practice snapping into it. After a few good snaps, slapped himself on the helmet to say "get it together".