I did not remember that 247 re-ranked Pearl as the 6th-best player in the state in the 2018 class. I stumbled on that today. When he flipped from Northern Illinois to Illinois (his only two offers), his ranking on 247 was an 80. Three-star recruits are rated from 79 to 88, so he was about as low as you could get on the 3-star scale. And Rivals had him as a 2-star.

But then, according to his ranking history, after his senior season at Danville, his grade was changed from an 80 to an 88 (their highest three-star rating - 89 makes you a 4-star). And that put him as their 6th-best player in that class behind Luke Ford, Jack Sanborn (Wisconsin), Jeffrey Jenkins (Iowa), Quincy Patterson (Virginia Tech), and Devin O'Rourke (Northwestern). 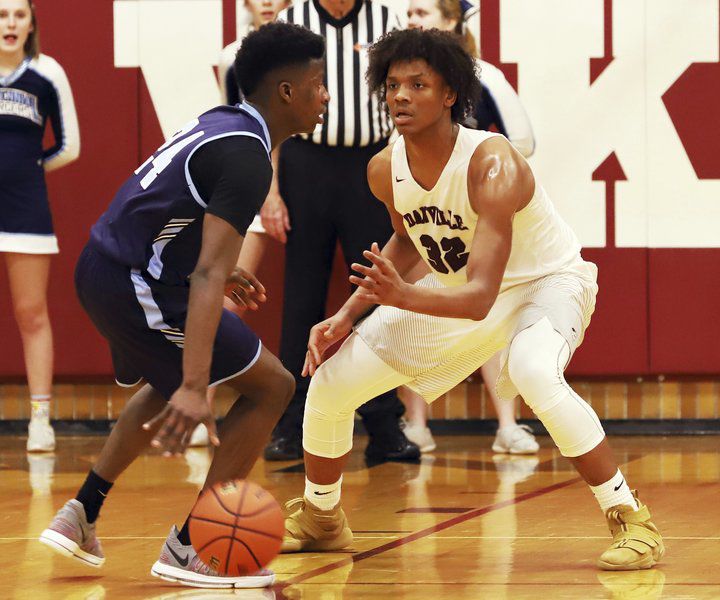 That's a 6'-7" wing forward. That's not an offensive tackle. He's listed at 250 in his football recruiting profile, but I'm guessing he played basketball at something like 235 lbs that winter.

Now he's listed at 310 lbs. And, honestly, I'm guessing he'll play at 315 or 320. He's every bit of 6'-6", and when you pack on lineman weight and muscle to that much height, I'm guessing his playing weight will eventually reach something like 317 lbs.

Pearl's recruiting process was simple. He committed to Northern Illinois very early in the process for 2018 recruits. He then got an Illinois offer. He flipped from NIU to Illinois (also very early). He stayed committed for nearly a year and then signed on Signing Day.

Every group needs a wildcard, and he's our Charlie Kelly this year.

Four of the five starters from last season return on the offensive line including both tackles. There should just be one question: replacing Kendrick Green at left guard. But there's probably several other questions.

For my friend Carmen, (I talk about him enough that I can just say "Carmen" now, right? I think so. I'll start over...).

For Carmen, his ideal scenario is for Palcho to move back to guard. Palcho is only 8 months post-surgery at this point, and there's no telling if he'll have 100% mobility by the time the season starts, so move him back to where he played in 2017 (left guard) and let Pearl start at right tackle. Then the battle can be for right guard (Blake Jeresaty, Verdis Brown, Alex Pihlstrom).

I think the staff really likes Pihlstrom. And I'm an optimist, so I'm going to believe that Palcho will be 100% by the Nebraska game (8.75 months post-surgery). So I think the line is Lowe-Jeresaty-Kramer-Pihlstrom-Palcho. Other friends think Verdis holds on to his spot and it's Lowe-Jeresaty-Kramer-Brown-Palcho. Others want Pearl to win one of the starting tackle spots.

At a minimum, Pearl is the backup at both tackle spots this year and then a starter in 2022 and 2023.

I talk about him enough that I can just say "Carmen" now, right?

I can't answer that, but FWIW I've read virtually everything you've written for several years and I would've scanned back through the article (in vain) to find a previous reference to "Carmen". But when you said "...my friend Carmen" I instantly (yet still loosely) knew who you were talking about.

He's the poster child for projectable flyers in recruiting classes. The key is not having them make up most of the class.